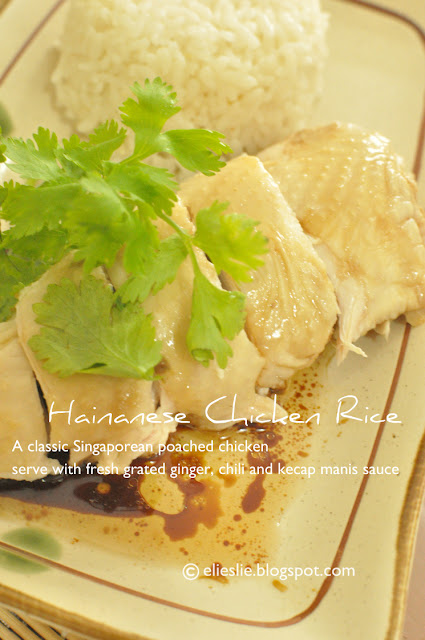 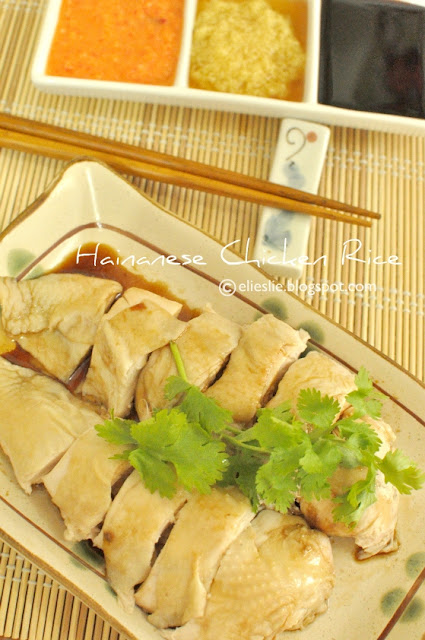 In Singapore, hainanese chicken rice is serve at stalls and foodcourt even canteen vendors in schools.
And this dish has capture the heart and palate of Brunei Fitness Zone owner, well... you know who I talking about - the king of foodie! :D
He always looking for the dish when he is in Singapore or not. So you can imagine how famous the dish is.
In Indonesia? Well, not as famous as in Singapore but among the chinese people this dish is one to order everytime we go to the chinese restaurant.
Hainanese chicken is serve with hainanese rice and 3 different sauce and broth.
There's is two way to cook this dish. First is to boil or shimmer in a very low heat, so we have to keep the water in the pan not to boil, if not the skin will break down. But if you want to have a hainanese chicken that melt in your mouth you have to cook it in second way, which is to delicately poached the chicken with no "fire on heat". How could that be?
At the first time I'm guessing too, but after the dish done... the chicken is just melt in your mouth!
Wanna try? :)
Ingredients and Method :
For the Chicken :

For the Chili sauce :
For the Ginger Sauce :

For the Chicken Rice : 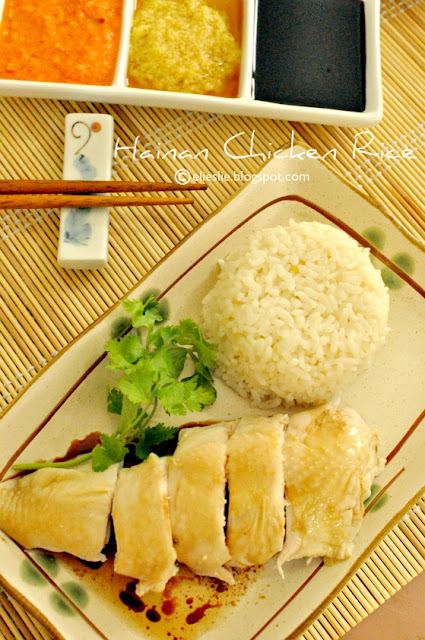 The best way to enjoy this hainanese chicken is when as soon as it be cooked. Dip in the chili sauce, then the ginger and kecap manis in series then you will have a tender and juicy hainanese chicken with a little kick of spicy and sweet flavor :)
Chinese new year is around the corner, what is your CNY eve dinner plan menu? Hope this dish can give you an inspiration :)
So...
Ready to taste the mild and rich taste of this Singaporean famous dish?
Stay Healthy and Loves Your Kitchen More! ;)
Difficulty : Easy
Preparing time : 10 minutes
Cooking Time : 1 hour 45 minutes
Makes : 1 whole hainanese chicken, a pan of hainanese rice and 1 serving of 3 dipping sauce
Adapted from : Food Safari - Singaporean Cuisine
Knowledge source : Wikipedia
Posted by Unknown at 10:15 PM

“One can not think well,
love well,
sleep well,
is one has not dined well.”
- Virginia Woolf